Transportation is a way of connecting two places. In modern industrial society is an essential requirement for transportation. the transportation of goods and passengers is regular, reliable and fast.  Means of transport play an important role in developing national unity by limiting ideological and geographical distances. 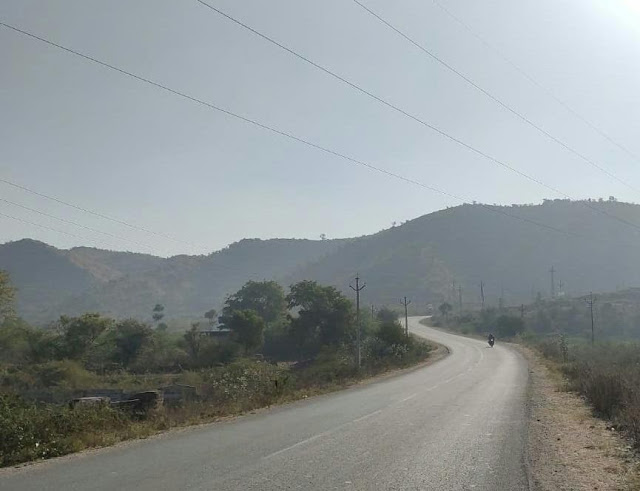 What is Transportation Engineering?

Transportation engineering is the process of transporting humans and animals from one place to another by any means. Transportation by air is the fastest among the four modes. Air travel also provides more comfort apart from saving in transportation time for the passengers and the goods between airports.


The land has given scope for the development of road and rail transport. Water and air have developed waterways and airways, respectively. The roads or the highways not only include the modern highway system but also the city streets, feeder roads, and village roads, catering for a wide range of road vehicles and pedestrians. Railways have been developed both for long-distance transportation and for urban travel. Waterways include oceans, rivers canals, and lakes for the movement of ships and boats. Aircraft and helicopters use the airways. Apart from these major modes of transportation, others include pipelines, elevators, belt conveyors, cable cars, aerial ropeways, and monorails.

The mode or means of transport are classified on the basis of the way, the vehicle, the motive power used, and terminals. 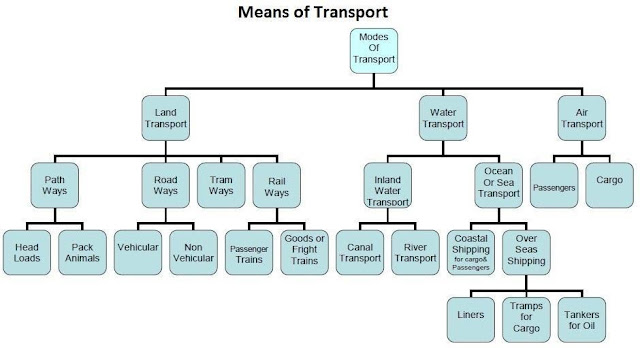 Transportation along the railway track could be advantageous by railways between the stations both for the passengers and goods, particularly for longer distances. These railway tracks could serve as arteries for transportation by land and the roads could serve as a feeder system for transportation to the interior parts and to the intermediate localities between the railway stations. The energy requirement to haul a unit load through a unit distance by the railway is only a fraction (one-fourth to one-sixth) of that required by road.
Therefore the full advantage of this mode should be taken for the transportation of bulk goods along with land where railway facilities are available. Transportation by road is the only transportation mode which could give maximum service to one and all. This model has also the maximum flexibility for travel with reference to route, direction, time and speed of travel, etc through any mode of road vehicle.
It is possible to provide door-to-door service only by road transport. The other three modes, viz., airways, waterways, and railways have to depend on transportation by roads for the service to and from their respective terminals, airports, harbors, or stations. The road network is therefore needed not only to serve as a feeder system for other modes of transportation and to supplement them but also to provide independent facilities for road travel by a well-planned network of roads throughout the country.

Roads are the means that connect one place to another on the surface of the land. Roads can be seen in villages, towns, and cities. Not all of them look alike. Some of them are made of sand and some may be of chips and cement or coal tar. One may find different vehicles plying on roads like bullock carts, cycles, motorcycles, cars, trucks, buses, etc. All of these constitute different means of road transport.


Rail transport is available throughout the country except in some hilly or mountainous regions. In India, two types of trains are found. One is a passenger train and the other is a goods train. While passenger trains carry both human beings and a limited quantity of goods, goods trains are exclusively used for carrying goods from one place to another. These trains are driven by rail engines and they use steam, diesel, or electric power to move.

This is the fastest mode of transport. It carries goods and passengers through airways by using different aircraft like passenger aircraft, cargo aircraft, helicopters, etc. Besides passengers, it generally carries goods that are less bulky or of high value. In hilly and mountainous areas where another mode of transport is not accessible, air transport is an important as well as convenient mode. It is mostly used for transporting goods and passengers during natural calamities like earthquakes and floods, etc.