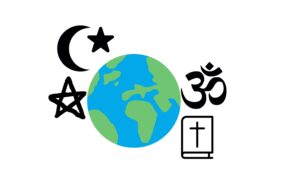 In modern political vocabulary, the term ‘ peaceful coexistence ‘ has been conceptualized as a strategy of survival and existence between the war in the literal sense and peace in the ideal sense. Peaceful coexistence in this sense means the peaceful relationship between states. With the development and the centralization of the state, coexistence between states and the non – interference in the internal affairs of other states has been a central tenet of state diplomacy.


Pt. Jawaharlal Nehru – the first prime minister of India outlined his conception of peaceful coexistence between the two superpowers in terms of the Five Principles or the Pancha Shila:


On the one hand the struggle for self – determination of peoples, a major factor in nationalist wars of the 20th century culminated in the completion of the decolonization process. Currently, civil wars and ethnic identity conflicts are challenges to the existing state system.