Skip to content
Languages are defined as communication skill which is used to interact with any person or device. The skill should be such that a proper interaction could be established between the two communicating persons or a person and a device. The microprocessor is a programmable device that recognizes and operates in binary numbers (0’s and 1’s).
Each microprocessor has its own set of instructions based on the hardware design. This instruction set is known as the programming language of that microprocessor. So in this article, we are going to learn about the evolution of programming languages starting from machine language to high-level languages.

Machine language is rarely used nowadays, except where very high-speed execution is required. it is also used in cheap microcomputer systems. 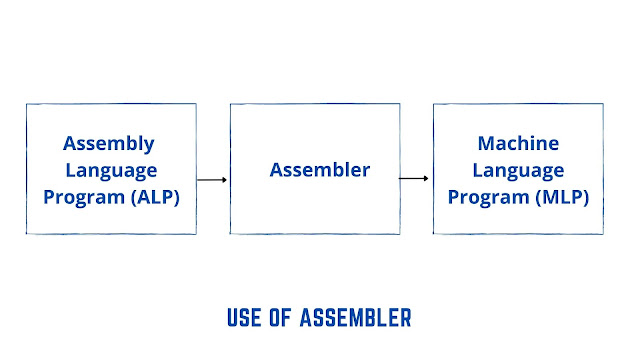 Even though assembly language was the advanced step in the development of programming language over machine language, both languages are machine-dependent. so the next development in the evolution of programming languages is high-level languages. some examples of high-level languages are as follows
High-level language has its own sets of rules and is written with English words and mathematical symbols. a complete instruction written in a high-level language is known as a statement.
High-level languages are machine-independent os programmer is not supposed to know the details of the computer. Thus the programmer can mainly concentrate on the logic to solve the given problem or to fulfill the application.
Since the microprocessor can understand 0s and 1s only, a converter, which converts the high-level instruction to the binary pattern, is required. A compiler or interpreter is a program that takes English-like statements as to its input and after conversion produces machine language (binary pattern) as its output as shown in the given below image. 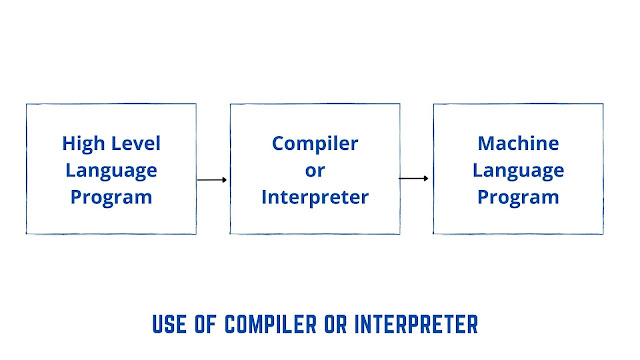 The compiler is a program that translates the whole high-level program into object code (machine code). if it does not find any syntax error. on the other hand, the interpreter reads one instruction at a time, produces its object code, and executes the instruction before reading the next instruction. In the case of the compiler, the object code program is saved for further use of instructions for repetitive processes, whereas in the case of an interpreter, no object code is saved for future use because the translation and execution processes are alternatives.
The compiler is used for larger computers whereas the interpreter is used for small computers. compilers require large main memory as compared to interpreters. Assembler, compiler, and interpreter are put of system software that translates a source program written by the user to an object program that is meaningful to the hardware of the computer or to the microprocessor. These translators are also referred to as language processors since they are used for processing a particular language.

A high-level language is almost always used nowadays except where very high-speed execution is required. Nowadays nonprocedural languages like Object Oriented Programming languages (OOPs) and Graphical User Interface Languages (GUI) are the most common high-level languages. These can be drawn into different categories of an advanced high-level language. In these languages many commonly used tasks are predefined. user has to simply specify the name of that procedure instead of writing many statements as in the case of a high-level language.
computer fundamentals, microprocessor Tags:developer guide, engineering subjects, internet