Skip to content
The Internet has been in a state of continuous evolution since the late 1960s. it has grown into an important infrastructure supporting a widespread, multi-disciplinary community. this community consists of students, scientists and researchers, large corporations, nonprofit organizations, government agencies, and individual consumers.

What is Internet – Definition

Internet is a large computer network or “network of networks” an instantaneous and global messaging system. or in simple words, It is an immensely complex combination of thousands of technologies and dozens of services used by tens of millions of people around the world each day. 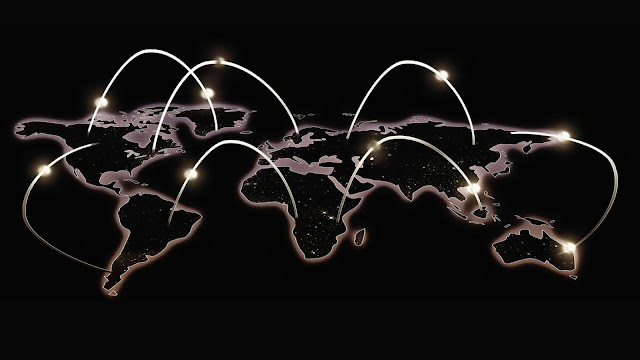 It is a network of thousands of computer networks. every network and every computer in these networks exchange information according to certain rules called protocols. these different computers and different networks are united with the common thread of two protocols, i.e. Internet Protocol and Transmission Control Protocol.

Invention and Ownership of the Internet

The internet started as a U.S government project in the year the 1960s called the ARPANET (Advanced Research Projects Agency) which supervised it in the beginning. the ARPANET reached universities, research laboratories, and some military labs.
In the late 1980s, the National Science Foundation of the U.S funded the development of a network (using Internet protocols) named NSFNET to connect supercomputer centers in the United States. Many colleges and universities were encouraged to connect to that network. The number of sites increased rapidly.
there were more than 10,000 sites in 1987 and more than 100,000 in 1989. similar activity, although not on such a large scale, was taking place in other countries as well. this large worldwide collection of networks and computer systems communicating according to the same protocols has come to be what is called the internet.
In 1990 ARPANET was dismantled and the public network in the U.S. was turned over to NSFNET. in the early 1990s commercial networks with their own internet exchanges or gateways were allowed to conduct business on the internet and in 1993 the NSF created the InterNIC to provide internet service.
The explosive growth of the internet and the inclusion of commercial networks and services has been accompanied by an astounding increase in the population of internet users. the internet is reaching the size and importance of infrastructure. from a more research projects, the internet has grown very rapidly into something that involves millions of people worldwide.
The backbone of the internet is made up of very high-speed communication links owned by companies like AT&T, Sprint, or VSNL in India. connections to the backbone are made by internet service providers who then sell access bandwidth to individuals or commercial organizations. it offers a diverse range of information and ideas covering almost every topic you can think of. you can also share your knowledge and interest with others.

with the simplified definition of a network of networks that comprised over 150 million computers.

the internet can be cumbersome and confusing, even for experienced users.

In a Decentralized system

millions of individual networks and over 140 million individual computers are connected throughout the world.

Composed of billions of files

Files pertaining to thousands of subjects, disciplines, and professions are available in different file formats.

more than 147 million people use the internet over 40 million of whom use it daily.

this global network is accessed by people in approximately 140 countries, people in over 155 countries use the internet for electronic mail purposes.

changing every minute of every day. on average a new network is connected to the internet every 30 minutes.

the internet is growing at the rate of 12% per month.

What the Internet is Not?

No central indexing scheme or comprehensive database exists for the internet.

there is no organization or individual to approve for publication or audit the information available on the internet. information may be inaccurate, fabricated, deliberately misleading, distasteful, or substantially biased in nature.

Finding specific information is often difficult and can be practically impossible due to the dynamic nature, vast size, and incredible complexity of the internet. research skills are essential for the user.